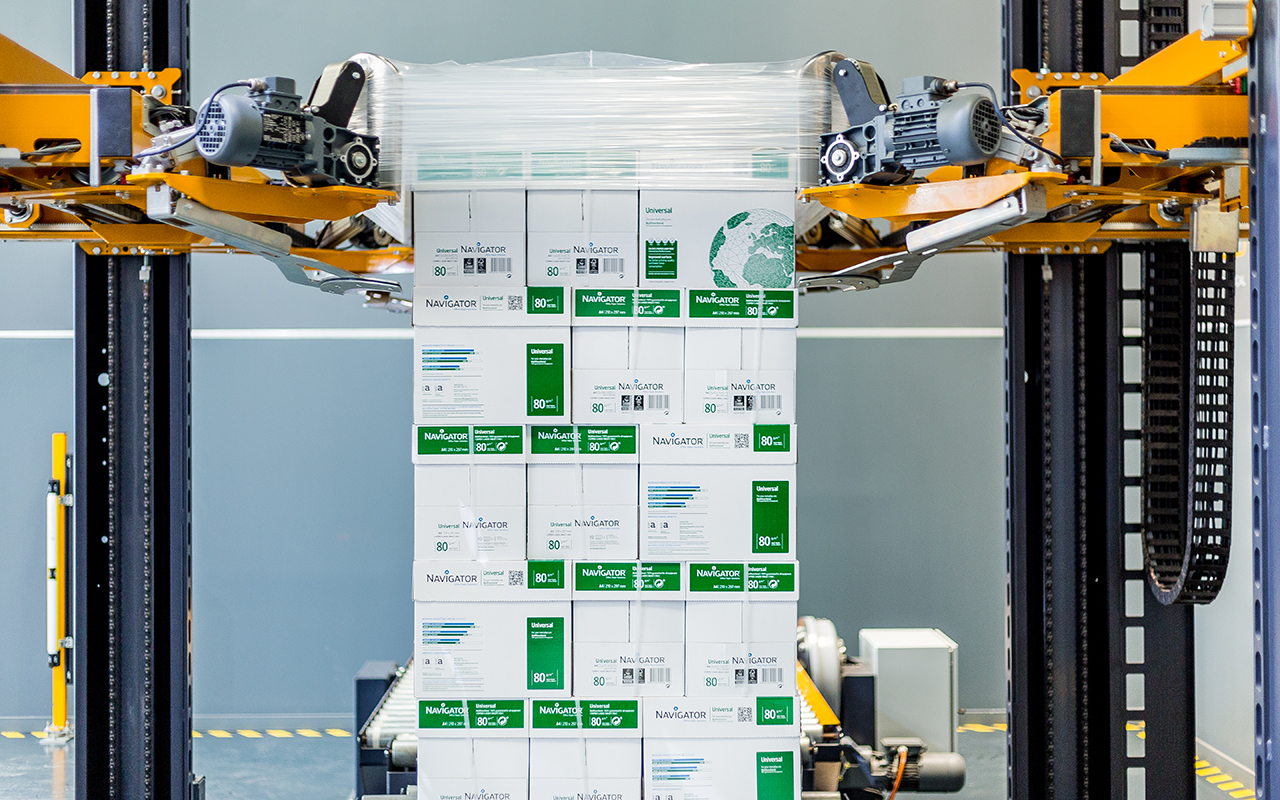 Why Stretch Hood is the best wrapping system for different industries?

The Stretch Hood system is undoubtedly one of the most advanced packaging technologies in terms of automation and advantages in pallet protection. In fact, one of its most acclaimed benefits is its ability to adapt to a multitude of product types, industries, and formats. Stretch Hood is increasingly replacing the traditional pallet stretch wrapper in new automation projects for a wide range of industries. But how does the Stretch Hood system manage to adapt to different types of loads?

The simple answer is that Stretch Hood is the only system that provides customized packaging for each load. In this article we will explain the keys to achieving this.

When is Stretch Hood packaging used?

The Stretch Hood system is already used in a multitude of applications and types of end-of-line packaging:

As we will see, Stretch Hood can be applied in a wide range of industries such as Chemicals, Construction, Food and Beverage, Logistics, etc.

How does Stretch Hood adapt to all industries?

The Stretch Hood system has many innovations over the other type of shrink hooding, and not only does it differ in not applying heat to pack the load. The hooding process itself, the characteristics and properties of the film, the adaptability of the Stretch Hood machines, and the advanced technology with more intelligent components and engines than other systems, make Stretch Hood an all-terrain packaging solution for a wide range of products.

The main difference with other packaging systems is that the Stretch Hood is the only one that prepares film exactly to the size of the load to be packaged. This film, which is tubular, is slightly smaller than the contour of the load as the Stretch Hood machine stretches and applies the film to fit the dimensions of the load, sealing it completely.

For this system, it does not matter the size or dimensions of the load to be wrapped, since it takes these two factors into account:

The other key component in obtaining high quality Stretch Hood wrapping is precisely the Stretch Hood film. It is not a standard stretch film, such as those used in stretch wrapping machines, or a heavier tubular film such as in shrink hooding machines, but one of the most advanced and developed films in the packaging industry.

This is a multi-layer film with components and characteristics that give elasticity, hold, strength and protection to the product wrapping.  Thanks to its extreme tear and puncture resistance, Stretch Hood film can reliably contain sharp-edged loads and even handle fragile and heavy goods, making it ideal, for example, for the chemical industry or construction materials such as Ceramics.

Adaptability of the film to different industries:

In the type of film and the capabilities of the Stretch Hood machine lies the answer to adapt to different types of loads. Depending on the characteristics of the film, a stretch hood will be more adapted to the product:

Read this story on5 key benefits of Stretch Hood film: The best solution for pallet protection

The final factor in matching the Stretch Hood to a particular product is the capabilities and functionality of the stretch hooding machine itself. In addition to the stretch hooding process (stretching and applying the film), it is important that the system can be adapted to the specific load through programming of the stretch hood, optional and alternative wrapping options and even system accessories (e.g. edge protection applicator).

Some customization elements that can be adapted to the product:

In short, the advanced technology of Stretch Hood and its film enable this system to achieve optimum results for different types of products. In industries where stretch hoods were used for their versatility, holding and adaptability, the switch is being made to Stretch Hood for its advantages in terms of protection material, transparency, wrapping finish, savings in consumables, etc.

Do you want to know if Stretch Hood can be adapted to your product? Do not hesitate to contact our technical-sales team to perform wrapping tests in our Innova LAB and receive an obligation-free quotation and study of consumables.