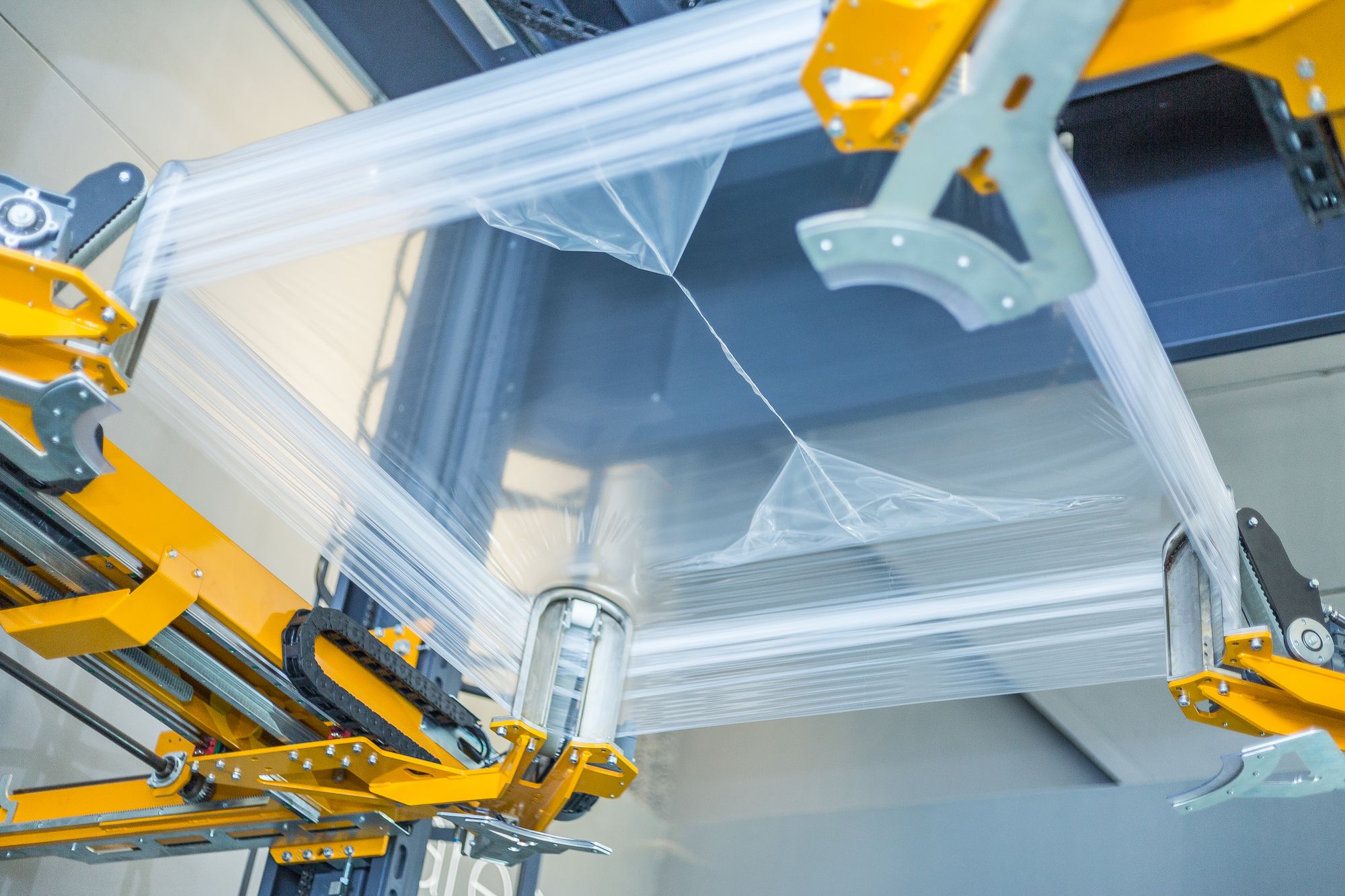 Which film gives me the best support? Which one guarantees the best impermeability? Let’s talk today about the different types of film depending on the packaging system, application and their different properties to secure and protect the palletized load.

Each pallet packaging system requires its own specialized film, and within each type of film there are many other specialties. The objective and the results sought in the packaging are decisive to choose a film and therefore the system that will apply it. Discover in this article all the characteristics and advantages of the three main types of film: Stretch film, Shrink Film and Stretch Hood Film.

Types of film to protect the pallet

These three types of pallet wrapping film have similar characteristics in terms of protection but very different application systems:

In order to know the main differences between these 3 pallet protection systems, we recommend you to check our System Reviews:

For those who are not in the packaging industry, it is common to confuse the types of film. Indeed, both shrink film and stretch film are designed to unify and protect the load on the pallet and both are generally composed of polyethylene resins and are manufactured in a similar way. However, apart from these similarities, these packaging systems do not have any other common characteristics.

Differences in composition and technical specifications

Below we will define the different types of film by their main characteristics and properties:

Most stretch films contain high levels of Linear Low Density Polyethylene (LLDPE) which is responsible for its stretchability. Depending on the application system (manual or automatic), this film can stretch between 25 and 300% thanks to the stretch wrapper machine. In fact, films applied with an automatic wrapping system can have very high levels of stretch (between 150 and 300%) and can be configured to apply very high levels of tension.

Shrink films contain a high percentage of Low Density Polyethylene (LDPE), which is the same type of resin used to manufacture food bags.  LDPE polyethylene provides that shrinkability property when manufactured under very specific conditions in which the stretching ability is “frozen”. When sufficient heat is applied to the film, it approaches to its melting point and begins to shrink.

Since this film can only shrink to a certain point, each pallet being shrink-wrapped has to conform to a specific size and configuration. Due to its characteristics, shrink film does not have as much resistance to puncturing or tearing, so this type is usually presented in a higher density than stretch film to provide sufficient containment.

Finally, Stretch Hood film is a multilayer film composed mostly of Linear Low Density Polyethylene (LLDPE). It is only similar to shrink film in that it is tubular for wrapping, and to Stretch film in that it is stretchable thanks to its LLDPE components. Precisely its multilayer condition is what makes it different from the other types of film, being usually composed of:

In addition, the Stretch Hood film is available in different thicknesses according to the transparency and fastening objectives required by the customer.

As we have discussed on several occasions, Stretch film is the most commonly used film in many industries, since the wrapping system is the most widespread system. It is a very versatile option due to the fact that different types of stretch film have been developed with very different properties (not only in thickness but also in stretching capability). Stretch film types include standard stretch film, pre-stretched film (already pre-stretched to facilitate application), or macro-perforated or micro-perforated film, with holes to provide ventilation to palletized loads.

Thanks to the tension generated in an automatic stretch wrapper and to complements such as the reinforcement roping device, Stretch film is one of the consumables that provides greater load support and thus stability during transport.

The weakness of this film is that it does not completely cover the load and therefore does not offer total protection against external agents.

Shrink Film provides greater protection against external agents than Stretch Film, as it is tubular and covers the load completely. By using a film of greater gauge (thickness) that shrinks over the load, greater compaction and resistance is achieved than with Stretch Wrapping or Stretch Hood. In addition, anti-UV and anti-static treatment properties can be included in the film to further protect the load. Depending on the type of shrink hood, it provides a securing force that adapts to the contour and shape of the load, making it ideal for non-uniform Picking loads.

This film is the newest in the packaging family and comes with advanced technical features, as we have seen with its multilayer composition. It performs a similar function to shrink film, since it fully hoods the load. Yet, since it does not require a heat source for its application, it has a great advantage in terms of savings and quality finish of the packaging.

The three main characteristics that influence the performance and suitability of Stretch Hood film are tear strength, puncture strength and holding strength. In contrast to shrink film, much lower gauge thickness films are used because the holding force is achieved due to the stretch properties of the Stretch Hood film.

In short, it is important to know the different types of film because they are more than just different systems or different packaging applications. The film industry is evolving and bringing to the market more advanced products, with better properties and more environmentally responsible. It is clear that solutions such as Stretch Hooding are revolutionizing the packaging industry.

Do not hesitate to ask our technical experts any questions you may have about the type of film or its application for your product, we will be happy to assist you. 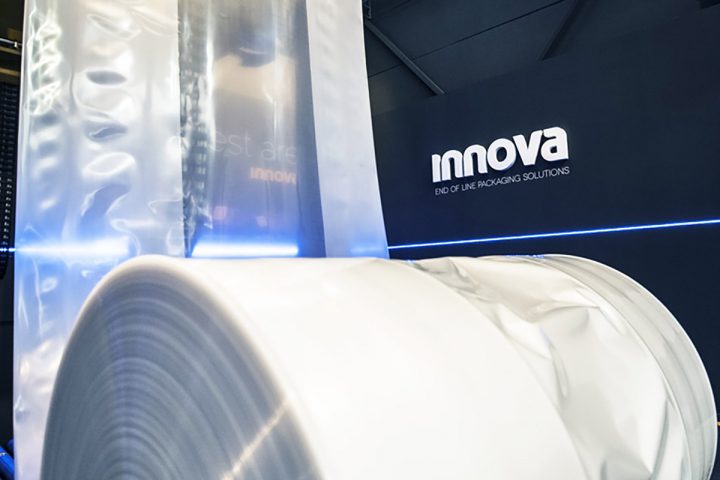 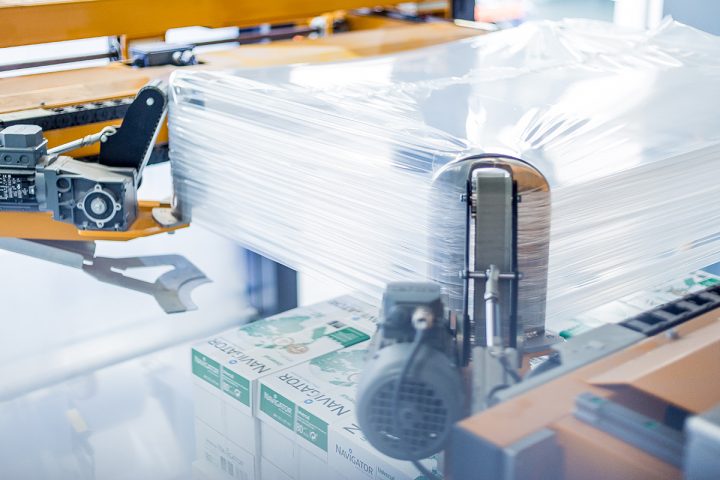 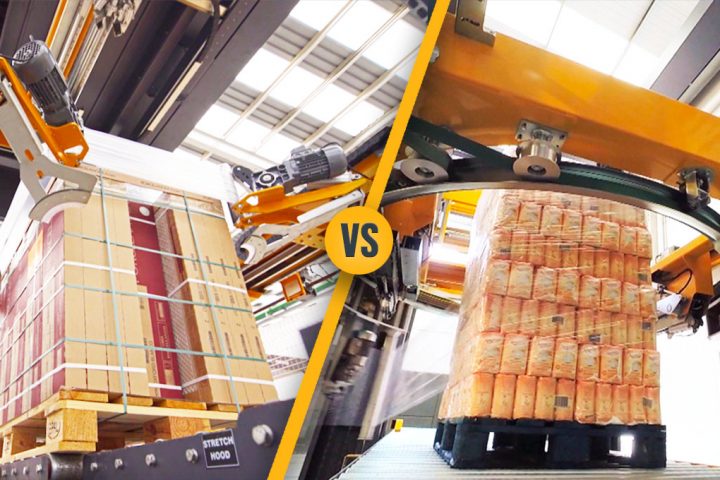