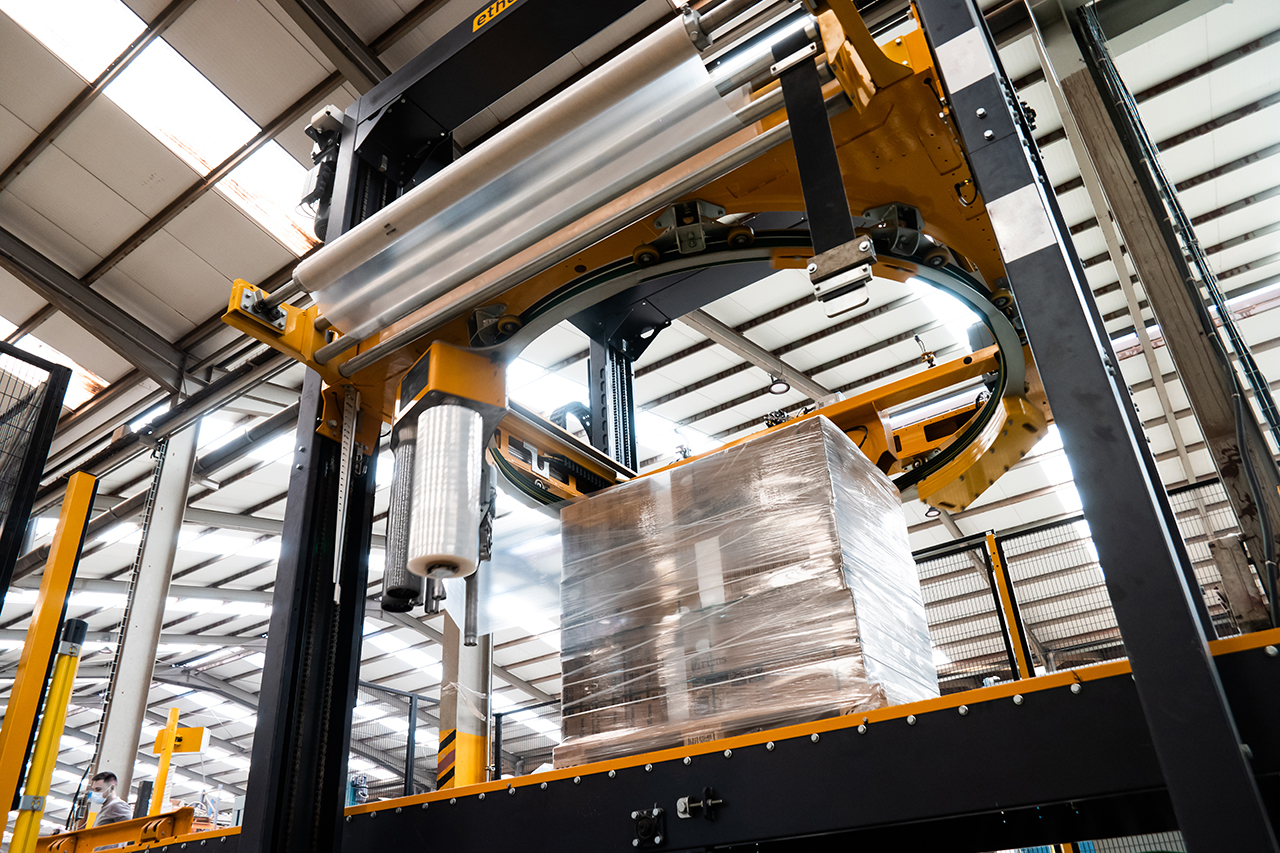 Top 10 most frequently asked questions about the automatic Stretch Wrapper

The stretch wrapping system is one of the most widespread and widely used final packaging solutions to protect loads. There is a wide range of wrapping machine types with different applications and complements, depending on the product and the customer’s objective. Therefore, when choosing a pallet stretch wrapper for a packaging project, many questions arise that, as manufacturers of this system, we receive and handle on a daily basis.

In today’s article, we will answer some of these questions and doubts about the automatic wrapping system, continuing our series of Top 10 Frequently Asked Questions.

1. What types of stretch-wrapping machines are available in the market?

Due to its long extension in the market, there is a multitude of stretch wrapping models according to the needs and functionalities sought in the packaging process. Even so, leaving aside manual wrapping processes, we find large categories such as:

Read this story on STRETCH WRAPPERS GUIDE: What type of pallet stretch wrapper do I need?

2. What is the difference between a semi-automatic and an automatic wrapping machine?

3. What type of wrapping machine is recommended based on production?

Usually, for low production (less than 20 pallets/hour), we recommend semi-automatic pallet stretch wrappers, as they offer versatility yet higher wrapping quality than a robot stretch wrapper.

For a range of 30 – 40 pallets/hour, we can already recommend an automatic stretch wrapper which can be either a rotary arm or a low-production ring wrapper.

For higher outputs of 40 pallets/hour or specific wrapping requirements, the reliable choice will be a high-performance ring wrapper. High outputs of 80 – 100 pallets/hour typically use double film carriage stretch wrappers for higher speed.

4. What types of cycles can a stretch wrapper perform?

Depending on the product and packaging objectives, different types of cycles can be designed. The versatility of stretch wrapping is precisely the fact that it is possible to program a wrapper with different tension and reinforcements in the various areas of the load. Some examples of these can be:

5. What type of film and consumables does a stretch wrapper use?

Usually, the pallet wrapping machines use stretch film, but they can also employ pre-stretched film or other new consumables on the market, such as kraft paper with stretching capabilities.

The standard stretch film is composed of low-density line polyethylene (LLDPE) which is what gives it its high stretch capacity. Depending on the characteristics of the plastic and the stretch wrapper (and its pre-stretching system) this type of film can stretch between 25 and 300%. If both the film and the stretch wrapper allow a higher stretching (more than 150%), allowing also a higher saving.

The pre-stretched film is a film that has already been stretched to its shrinkage limit (which is usually 100%) and is normally used in manual or semi-automatic applications without pre-stretching and low tension. It is a non-stretch film recommended for loads that need slight protection or restraint.

Lastly, stretch kraft paper fulfills a similar function to pre-stretched film, with the great difference that it has a lower stretching capacity and does not allow the application of a rope system. Even so, it has recently appeared on the market as a more sustainable alternative to film, since it is 100% recyclable.

Read this story on Differences between types of film: Stretch film, Stretch Hood and Shrink film

6.  How much stretch film does a stretch wrapper consume? How can I save on film?

Film usage in a pallet stretch wrapper depends on many factors: type of stretch film, if it is stretchable, pre-stretched, or not, and its stretching capacity, but also the features of the stretch wrapper, the wrapping cycle, rope application, cover, load size… the list is almost endless. Even so, several factors make it possible to economize and optimize the film to the maximum:

7. How does the stretch wrapper offer total protection to the load?

The automatic stretch wrapper system can run a cycle that covers from the base to the top of the pallet, where a cover is placed to fully protect the load. The cycle can be programmed with higher tension to ensure that no layer is detached and that the wrapping is compact and sealed.

However, an alternative for total protection in automated productions with medium-high production is usually Stretch Hood wrapping, which covers the entire load with a single layer of film.

8. What wrapping speed can a stretch wrapper achieve?

As this is such a broadly defined aspect, we recommend consulting with an expert team in packaging, such as Innova’s, to determine which type of stretch wrapper or packaging system is best suited to your production.

Although most stretch wrapping equipment works with palletized loads, pallets loads can also be packaged employing a special accessory. In automatic stretch wrappers, a conveyor-lift system is usually included to raise the load so that the wrapping carriage can reach its base and protect it.

10. Which accessories can be included to improve the stretch wrapping?

The pallet wrapping system is one of the most extensive and technologically evolved solutions in recent years. For this reason, it is a very versatile system that allows to include a multitude of accessories to improve the wrapping according to the wrapping objectives.

Some of the most common accessories of automatic wrapping machines:

At Innova we have developed an accessory to include the edge protectors automatically during stretch wrapping:

In short, although pallet wrapping systems are the most widely used to protect loads, they still raise many questions regarding their large variety, multitude of features, and accessories. Do not hesitate to contact our Technical Consulting team, which specializes in end-of-line projects. We will be happy to advise you on your packaging project without obligation. 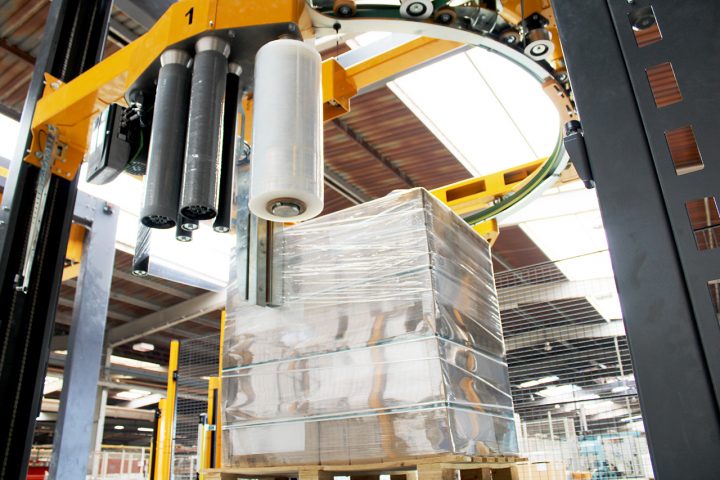 STRETCH WRAPPERS GUIDE: What type of pallet stretch wrapper do I need? 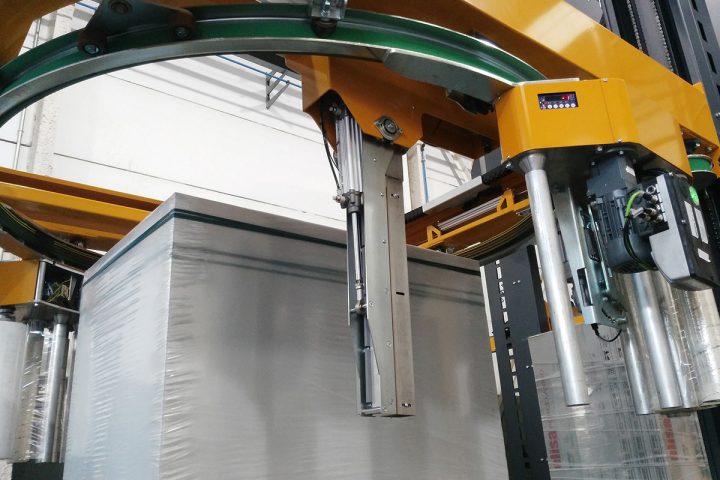 5 keys points of the Automatic Wrapping Machine: achieve maximum stability of the pallet